Paraíso, Tabasco. – Due to the geometry of the pieces, the type of work that is the refinery, the engineering crossover, the congeniality of all the activities and the adaptation of a project that was going to be applied in the workshop to one on site; That has been the main challenge, explained Leticia Corrales, PPG project manager for the Dos Bocas refinery.

In an interview with La Revista del Color México, Leticia shared with us details of what is experienced day by day in one of the flagship projects of the Mexican federal government, particularly in the area of coating application and in which PPG plays an important role thanks to its overall experience.

“We are applying an intumescent system, a passive protection against fire in a metallic structure, among other solutions within the refinery such as epoxy floors and three systems from PEMEX (Petróleos Mexicanos is Mexico’s national oil company); but the main product that we are applying is PITT-CHAR® NX”.

“The main thing to comment on PITT-CHAR® NX, which is an intumescent epoxy for passive protection against fire, is that is very thin and gives you protection from 2 to 5 hours depending on the structure, characteristics and method you use for the application and needs. This generates that it does not load weight on the structure, unlike a cementitious one” explained the architect engineer graduated from UNIVA.

Another of the product main virtues is that it is a highly flexible material and due to its thickness, the application is quick and less complicated than other systems.

Leticia said that the lightness of this product translates into less weight and greater profitability for the projects, in addition to increasing protection during transport. “It is a single technology; the same product allows you to provide fire pool and fire jet type protection and has low flame propagation and toxicity.”

She added that PITT-CHAR® NX provides additional protection against corrosion caused by moisture and salt attack, as the product meets major anti-corrosion standards such as Norsok m501 revision 6, CX category of cyclic corrosion in the harshest environment and UL 2431 severe industrial environment certification. In summary, in addition to protect against fire, it protects against corrosion, humidity and salinity.

It is worth mentioning that the Olmeca Refinery, in Dos Bocas, Tabasco; It has the same technology as the Space X ships, since these are protected with PITT-CHAR® NX, so that 7 out of every 10 liters of coatings in the Refinery belong to the PPG coatings portfolio.

When asked about the choice of the Pittsburgh-based company to supply coatings to the Dos Bocas refinery, Leticia replied that PPG is a global company that guarantees its products, since it has a wide range for all needs within the refinery, such as primers and epoxies, which are being applied together with PITT-CHAR® NX. «There is a great catalog of PPG as a brand within the Dos Bocas refinery,» added Leticia, who holds a master’s degree in construction management from the Panamericana University.

The project manager explained that, in this project currently carried out for PEMEX, they work under the Professional Application scheme as a turnkey project, so they also act as certified applicators of their products, administrators, and suppliers, becoming the best ally for this transcendental project.

On a professional level, Leticia said it has been a rewarding experience for which she feels honored to be leading a multidisciplinary team. “I have a team that I am completely proud of, precisely because PPG has dedicated efforts to develop their skills. Human talent is one of the main strengths this team has”.

Finally, she pointed out that PPG seeks, through innovation and experience, to continue being the leading coatings company.

Artículo anteriorTo increase the Value of Mexican industries, a priority in 2023
Artículo siguienteSuccessful Reactivation of the Surface Finishing Industry in México in 2022 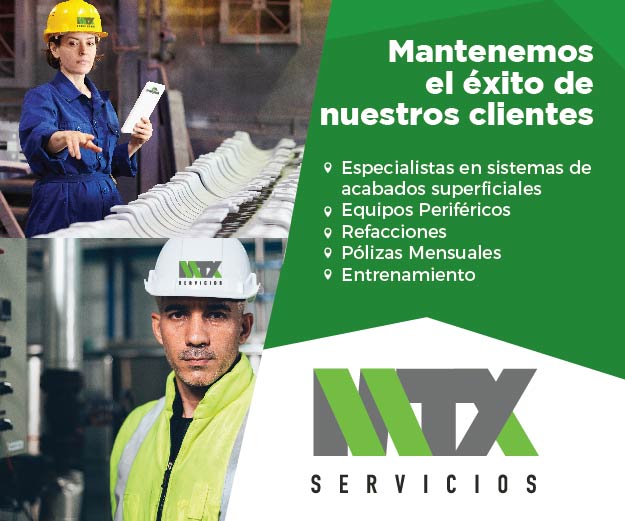